Eric Munene: “Because of soil testing, our farmers are increasing coffee production”

How soil testing is a profitable business for cooperatives

Meru Central Coffee Cooperative Union (MCCCU) comprises 34 cooperatives in region east of Mount Kenya. The cooperatives facilitate the sorting, milling and drying of the coffee beans. In total, 98.000 farmers deliver coffee to MCCCU. The Union aims to make coffee production more rewarding for their farmers. One way to do so is to increase the productivity per coffee tree. This can be achieved by applying the right nutrients to the soil. Therefore, MCCCU decided to provide soil testing to their members.

The man responsible for executing this plan was Eric Munene, head of the extension team. After repetitively explaining the need for soil testing on members’ meetings and demonstrating the effect at demo farms, he is now able to look back on a successful introduction. 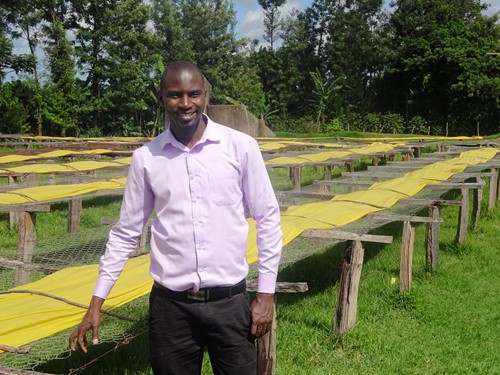 Over 1500 farmers served in the first year

In 2018, MCCCU used five soil scanners. Each scanner was assigned to an operator, who serves a region with several primary cooperatives. With promotor farmers collecting the soil samples, nearly 2000 soil tests were performed in the first year, mostly for different farms. Still, this number can increase a lot, as 200 soil tests were done even in a single week. With these numbers, a reasonable price for soil testing will cover the costs. Therefore, the MCCCU extension team expects to make a net profit on soil testing in the next year, and use this money to improve the services to their farmers.

A good example of the first year is the Kathere primary cooperative. They took the opportunity seriously. By requiring all their farmers to do a soil test, the vast majority adapted their fertilizer inputs. Consequentially, the production of this cooperative increased from 150 tons of coffee beans in 2017 to 410 tons in 2018. Similar production increases have been observed for farmers at other primary cooperatives, though the vast number of farmers at most cooperatives is still to be served. 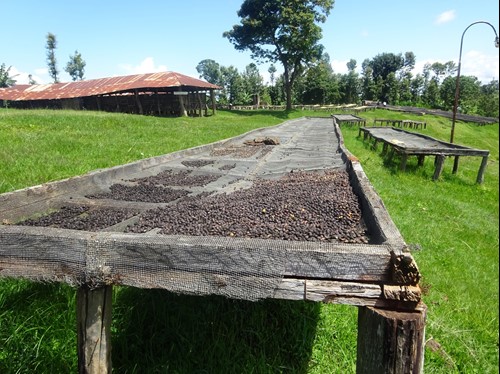